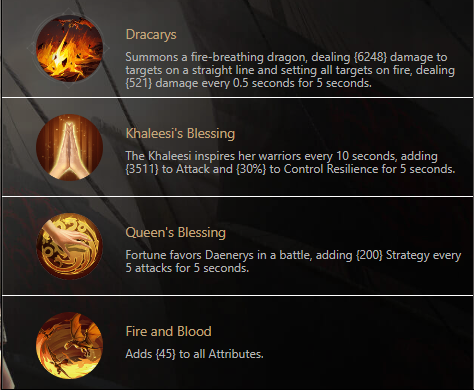 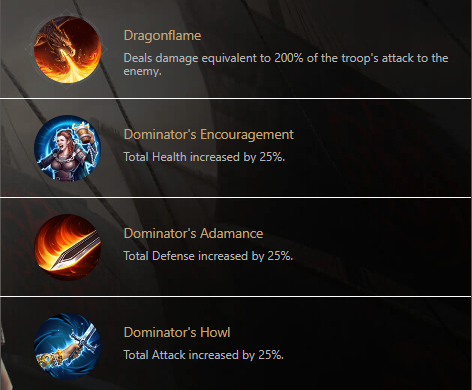 There's a saying in Westeros: "Every time a Targaryen is born, the Gods flip a coin." Daenerys Targaryen is the daughter of Aerys the Mad King, and the last known descendant of the Targaryen bloodline. Forced to flee Westeros after her father was murdered, she entered a life of exile. When she was old enough, she was married off to Khal Drogo in an attempt to secure an army to retake Westeros. After Khal Drogo was murdered, Daenerys was forced to embrace her destiny. She became a liberator and queen, eventually leading her army and dragons to Westeros. Despite what she has suffered, Daenerys has grown into a compassionate and just ruler.