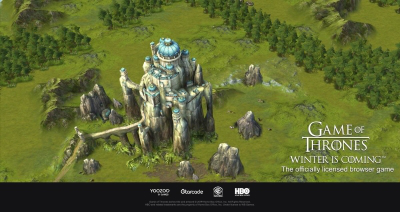 Upgrading the various buildings will increase their respective resource production and capacities. If the relevant Resource Capacity has already reached its limit, then that type of Resource Building will stop production.

Barracks: All types of troops can be trained at the Barracks. Constructing or upgrading the Barracks increases the number of soldiers trained by each class. 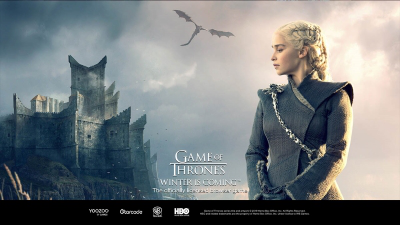 Castle (fixed): The Castle is the center of your territory. It's where the Lord lives and is the basis of construction and military operations. Upgrading your Castle raises the level cap for other buildings and unlocks more Marching Queues, new buildings and other functions. (Resource Building levels can be higher than the Castle Level before Lv. 5)

You can view each Resource's Production and your troops' Grain Consumption in the Castle Information. Upgrading the Castle can increase your army size, Commander positions, March positions and number of Alliance help requests.

City Wall (fixed): The City Wall can protect your territory. Defending Commanders can be stationed there, and you can construct fortifications to fend off enemies. When walls take damage, their durability will be reduced and craftsmen will automatically commence repairs. Upgrading the City Wall increases its maximum Durability and Fortifications capacity.

Warehouse (fixed): If an enemy defeats you, the Warehouse will ensure that a portion of your resources are not taken. The more you upgrade your Warehouse, the more resources it can protect.

Rookery (fixed): The Rookery will tell you when your territory or (garrisoned) camps are attacked, scouted or receive a delivery/reinforcements. An upgraded Rookery can provide more detailed scout reports. (When your Rookery reaches Lv. 25, you can tap the Prepare for Battle button to quickly enhance your territory. This also decreases the enemy's Army Attack in City Defense battles.)

If you're another player's Protector, you will be notified when the target of your protection comes under attack.

Hall of War: The Hall of War is where the Lord can participate in Alliance Rallies and Expeditions. Upgrading the Hall can increase Rallied Magnitude (armies participating in the Rally will inherit all attributes from the Initiator, including: Commander, Knowledge, Enhancement, Lord Equipment, Lord Talent, Castle Blessing, Wall of Faces Blessing, etc.).

Embassy: The bustling Embassy can be used to host allied reinforcements. Upgrading Embassies increases their reinforcement capacity and army size (reinforcement upkeep is provided by the Lord that sent them).

Dungeons: The Dungeons are used to hold captured Lords of Castle Lv. 10 or higher. Once your Castle reaches Lv. 17, you can execute enemy Lords whose Castles are Lv. 17 or higher. The higher a captured Lord's level, the more time it will take to execute them. Upgrading the Dungeons reduces execution time. You will receive bonus effects while an enemy Lord is imprisoned once your Dungeons reach Lv. 25.

Training Grounds: At the Training Grounds, players can select 6 Commanders to learn from each other's skills. Battles at the Training Grounds are automatic. You cannot manually execute skills. If the defender's ranking is higher than the attacker's, after you win the challenge, the ranking will be adjusted. You can obtain Training Grounds Diamonds as rewards for placing within a certain ranking range. A reward will be issued once every 3 hours. You have 5 free challenges per day at the Fighting Pits. You can spend Diamonds to buy more challenges. The Fighting Pits also have bonus Blessings that change at regular intervals, providing the Commander with either a bonus or a penalty. You can change your Commander and Formation according to your current Blessing to get the greatest benefits.

Iron Bank: The Iron Bank is an investment institution founded in Westeros by moneylenders from Essos. Lords may invest Diamonds in the Iron Bank and receive a return in due course. Upgrading the Iron Bank increases the amount you can invest and interest rate bonuses.